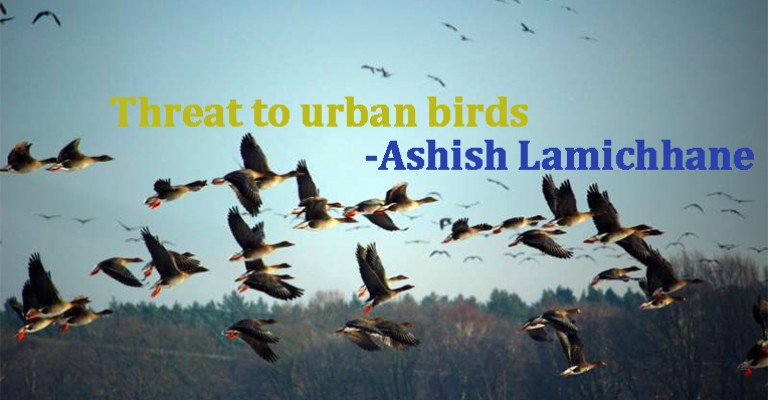 I question “Is Destruction the main weapon for the Development?”

Road expansion is the need of the time. But it would be better if they have proper plans for plantation along the roadside. We are unaware if there is such a plan. I as well as every environmentalist are really concerned that cutting down trees in such huge numbers would mostly affect various species of birds which rely on those trees for habitat.

Although Nepal covers just 0.1 per cent of the world's land area, the country claims 8.5 percent of bird species. Out of 8672 species of birds found in the world, 841 species are found in Nepal.

Likewise tall trees around the 27 km area of the ring road is home to cuckoo, house crow, jungle crow, black kite, owl, small cranes and creepers, Eurasian cuckoo, house swift, large-billed crow and spotted dove as the most common bird in the Valley throughout the year. Similarly, bats are also among the major species in those trees.

“As per as survey every experts and local people has state that we can still save the trees while expanding the road."

“Even if they talk of plantation, it needs 10 years at the minimum for them to grow to full size. So not saving the trees already we have is going to cost us dearly,”

As per as the need of expansion is focused for human civilization and it is due to the modernization of citizen. Due to continuous problem of increase in population has raised the solution to road expansion but don’t we think about all those species who will be vanished with in a day and being the most eligible creature of god it’s our concern to think about all those birds.

We youth as well as every citizen have to raise question with our self as well as with the authority “Do we really need the expansion with free gift of Destruction”?