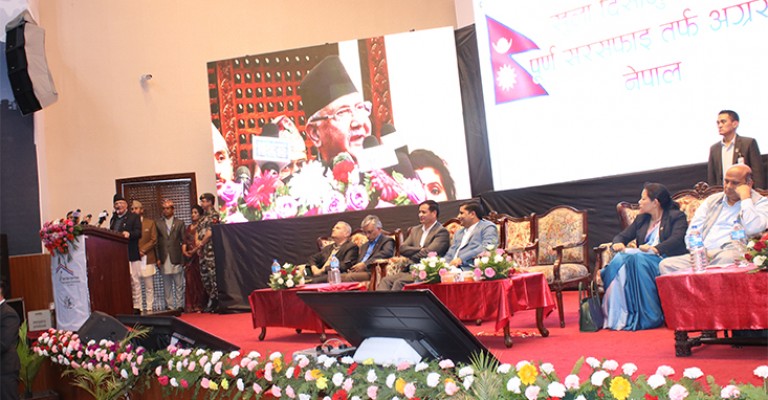 Nepal declared as ODF country, Most probably the first country in South Asia

On 30th September, 2019 Nepal was declared as ODF (Open Defecation Free) country by prime minister KP Sharma Oli in a formal program held in Rastrya Sabha Griha by Ministry of Water Supply in Kathmandu. The declaration was made in recognition of all 753 local units of 77 districts that had declared themselves ODF recently. The foreign delegates from development partners congratulate Nepal for this great achievement.

Now Nepal is heading towards Post ODF campaign as stated by Er. Devendra Jha, Chief of Environment and Sanitation section Chief from DWSSM. The major six indicators are in great priorities of government.

Nepal became the first country in South Asia to declare ODF. The declaration program was a celebration of the grand achievement and was attended by ministers, journalists, students and activists from all parts of the country.

Prime Minister further stated that this declaration will help in reducing the communicable diseases and child mortality rate and increase in life expectancy.