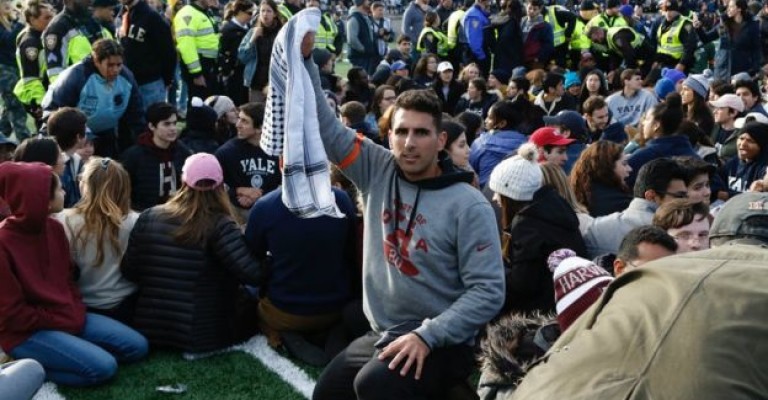 Two elite universities, Harvard and Yale were having a football game in New Haven, Connecticut when hundreds of students disrupted the game by invading the field during half-time. The disruption was their protest to climate change.

The students demanded that the two top universities should stop investing in fossil fuels. Climate change is affecting the whole world and fossil fuel is one of the major contributer of climate change.

The students delayed the game for half an hour and about 50 people were escorted from the field by police, while others left voluntarily.