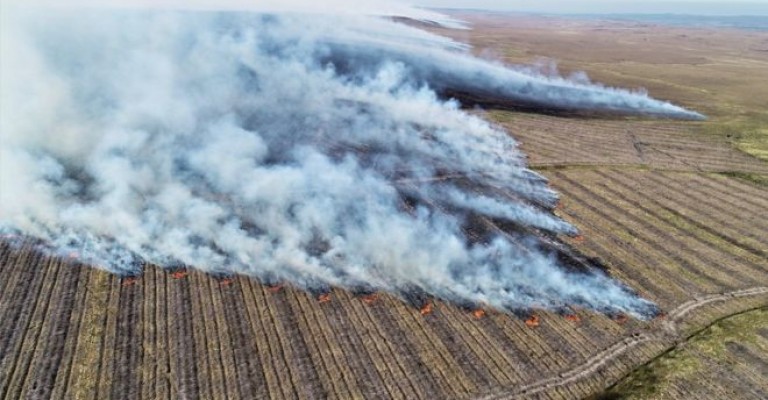 According to a study, the massive fire in peat land in the far north of Scotland on the month of May has doubled the emission of greenhouse gas.

The fire had burnt for six days. The WWF Scotland study claimed 700,000 tonnes of CO2 equivalent was released into the atmosphere as a result.

Greenhouse gases such as carbon dioxide contribute in global warming. Immediate counter-measures must be taken to stop the further damage.