A sperm whale was found dead on the Isle of Harris with 100 kg of fishing nets, rope, packing straps, bags, plastic cups and other litter found in its stomach. 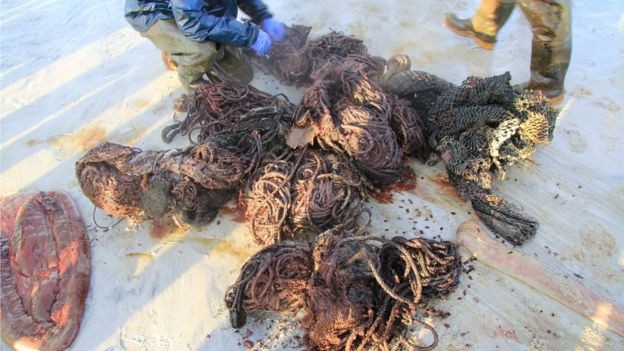 Though 'litter ball' was not the cause for sudden dead of the animal but it may have compromised digestion.

Marine pollution is huge issue right now. Lots of marine animals are dying because of the litter done by human beings and thrown in the sea.