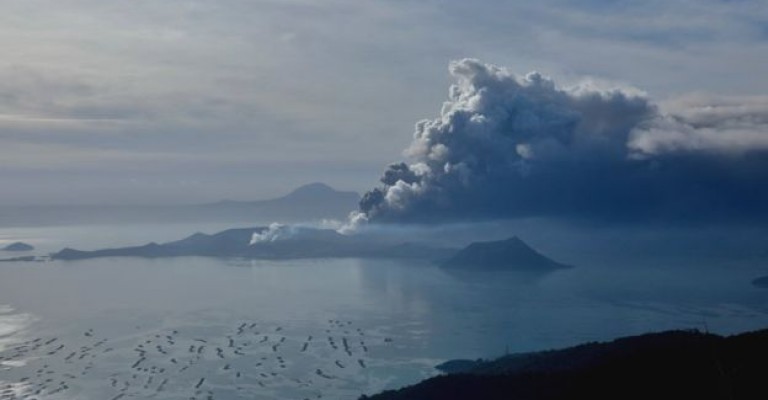 Taal Volcano, a volcano in Philippines has started spewing lava as it might erupt anytime soon.

Nearly 80,000 people were evacuated from the area after the emission.

Taal is the Philippines's second most active volcano which is situated on an island in the middle of a lake. It is one of the world's smallest volcanoes and has recorded at least 34 eruptions in the past 450 years.