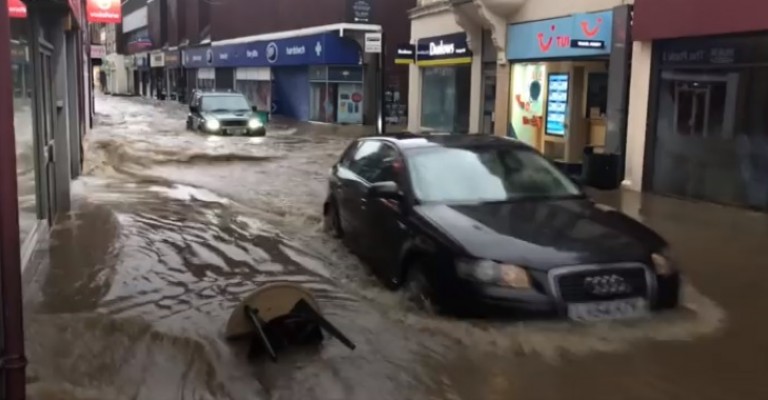 Wales which was hit by two storm (Ciara and Dennis) recently, now has some of the highest river levels ever recorded.

Water level rose rapidly as the both storms blew in which resulted towns and villages flooding.