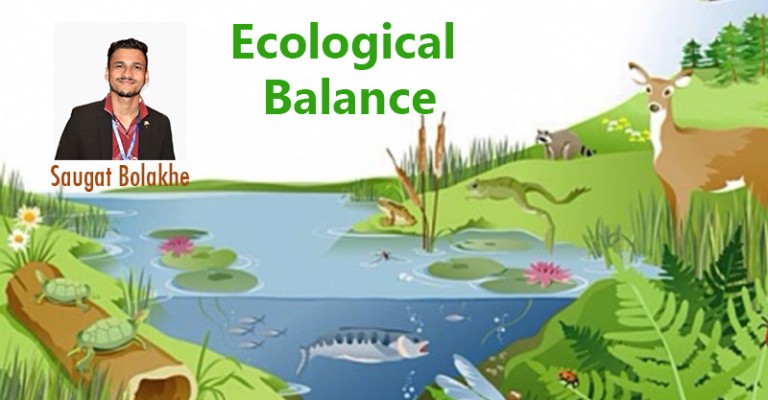 Around 8 years back, I was returning home from school, I confronted a huge snake near the village that was cut and split into several pieces. “Look! Kiddo.” One of the Grandma from the village gasped at me, “I killed this beast and cut it into 4 pieces! “

I felt terrible looking at the horrible state of that beautiful creature. But gazing deep at Grandma, she was in absolute state of jubilation: confident and proud about what she had just accomplished.

Even recently, she killed three infant wild cats; hoping she could sell it at a good price to make wine out of its blood.

It shows how traditional myths and beliefs have a deep imprint in local people. I have been in constant fight with her regarding these wild killings from a young age and I still do. But she always comes up with some explanations like; it could harm her domesticated animals or her young grandchild or some ill omen might result etc.

“Wilderness management” is a challenge that the world has been struggling with from the dawn of the industrial revolution. Reports claim that in the last four decades half of earth's wildlife has been lost owing mainly to human exploitation and habitat degradation. Last year, rainforests in Bolivia alone saw the death of more than 2.3 million animals due to rampant wildfire and the raging Australian bushfire pushed several species to the brink of extinction and up to a billion animals were killed. Not only that, Reports claim, extinction events are happening much faster, up to 1000 times, due to human influence in the twenty-first century.

Here, in Nepal, we have our own unique wildlife challenges. Couple of months back, we were stunned looking at the mass death of 16 monkeys from drowning in a small irrigation dam at Sindhupalchwok district.

In the fiscal year 2018-19, 19 Rhinoceros have been found dead. Researchers speculate that four of them were dead due to agricultural poisoning, probably a retaliatory killing by the buffer zone residents. 2018-19 was the worst year for all the conservationists, during which the country saw the death of 43 rhinos.

In contrast, Nepal saw an astounding growth to almost double its tiger population within 10 years, 2018 report confirms. Though, it’s a challenge in itself to manage such wildlife growth within limited wildlife reserves and national parks. Research shows, about 51 square kilometers of area is necessary as home range for a healthy tiger to thrive naturally. Government, being clueless, has no sustainable action plan in such issues. Not only that, we noticed increased reports of human-leopard conflicts and human-wild boar conflicts across the country recently.

People, in general, view wildlife loss issues and its conflict dynamics to be a normal issue. But wildlife will be hit hard in a changing world that’s been going through an environmental and climate crisis. Natural food production will be hampered, resulting in the maximum invasion of wildlife to human settlements and maximum depletion of vulnerable wild species. How we respond, depends on our own preparation.

I have always been fascinated to study about wildlife behavior. In my final year of bachelor’s study, I got the opportunity to lead a research project. Without a second thought, I hopped at the opportunity to lead a project about human-monkey conflict in urban and rural areas of Central Nepal. Through the project, I got to know how different approaches have to be adapted to manage wilderness in two different places with people seemingly somewhat tolerant to monkey nuisance in urban areas while even retaliatory killings and dominant deterrents frequently reported from rural areas. That shows the extent of conflict issues to be locations specific and our need to identify separate management approaches.

Some species require even extra protection for survival, like Endangered Pangolins, one of the most poached animals of the world. It’s been estimated that about a million pangolins were smuggled around the globe from the year 2000 to 2013. As a nocturnal animal, its proper statistics and status is hard to account.

Furthermore, its home range often falls out of conservation hotspots in Nepal, resulting in frequent encounters with local people, forest user groups and farmers. If encountered, people decimate these endangered wild fauna in the name of beliefs, traditions and money, while Conservationists find it hard to educate and eradicate such myths for traditional ethnic communities.

Lion population across the world is also in decreasing trend with less than 25000 remaining in just a few countries of Africa. To let go of these amazing wildernesses into extirpation, while investing millions to culture or genetically modify their embryo in a mere hope of re-establishment is just a foolish act.

Though, some figures are encouraging. Panda population is on the rise thanks to proper conservation plans and attention, with China expanding its research investment and institution on panda conservation. There are about 1900 pandas in the world; about 17% increment from the last survey in 1970 and IUCN upgraded its status from endangered to threatened.

Worldwide tiger figure is also on the rise with figures near four thousand: India leading its conservation with more than three thousand tigers, just within its territory. In 2005, Rwanda introduced an innovative approach for Gorilla conservation; naming each new born baby by organizing a ceremony. They continued the tradition and promoted the idea of conservation plan through responsible tourism and community involvement. And now Rwanda holds 604 mountain gorillas down from 200 in 1981.

Biodiversity conservation isn't our option, it's our imminent requirement. E.O Wilson sums it up perfectly:

Every species is a masterpiece, exquisitely adapted to the particular environment in which it has survived. Who are we to destroy or even diminish biodiversity?"

Wilderness provides everything that we easily take for granted today: from natural foods to medicines that we use. The fossil fuel, upon which the entire world depends on, is the result of wilderness from past eras. Wild animals do have unique intelligence, empathy and emotions. They also feel joy, pain, struggle and relief; have their own home, family and a connection to nature. I believe it’s our civic duty to protect the part from where our civilization has begun. The same wilderness has inspired hundreds of poets, writers, scientists, researchers, and designers for their unique innovations.

We do have several challenges for its sustainable management, but we can, if we share a common zest for conservation. Whether it's about the human-wildlife conflict, or about illegal poaching, we have to find ways to educate local communities and amend our laws for an austere regulation. Wilderness doesn't understand national borders; we have to let it roam free bringing the concept of wildlife corridors.

At least governments can cooperate together for common conservation action plans. And regarding the climate crisis, we have to unfold our helping hands, through reforestation, providing better funding options to conservation and sustainable management plans. After all, it’s the matter of humanity and what we stand for. We can't wait for another apocalypse to remind us of its immensity.