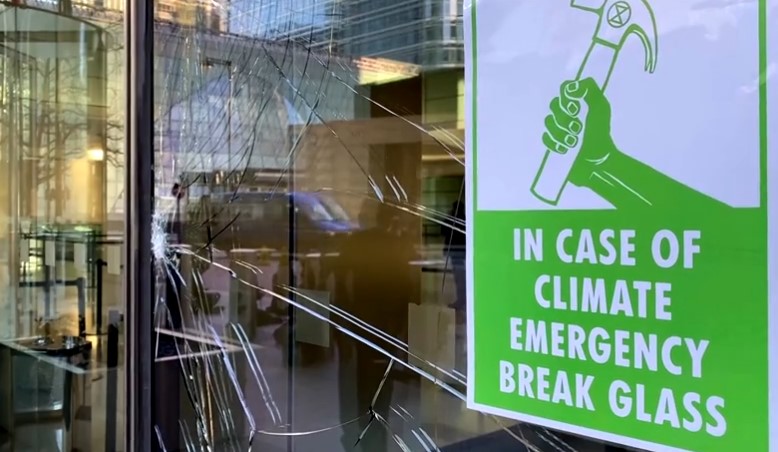 Police arrested 7 climate activist after they broke windows to protest

After climate change activists broke windows to protest the role of the financial sector in climate change, police has arrested seven people outside the London headquarters of Barclays.

The activists from the Extinction Rebellion group used hammers to break the windows and then pasted the message “In Case of Climate Emergency Break Glass” on the front of the bank’s building.

The group said the action was part of its “Money Rebellion” against the capitalist system which used “nonviolent direct action, causing damage to property to prevent and draw attention to greater damage”. It accused the bank of “continued investments in activities that are directly contributing to the climate and ecological emergency”.