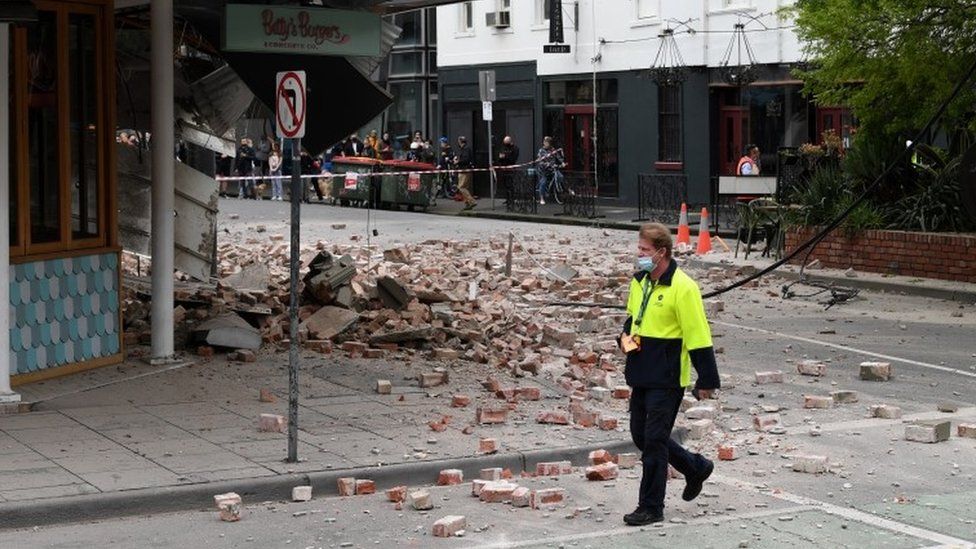 A 6.0 magnitude earthquake has rattled Australia's southeast including the city of Melbourne.

The earthquake happened about 09:15 local time on Wednesday at Mansfield. Footage on social media showed damage to some buildings, but no injuries were immediately reported.