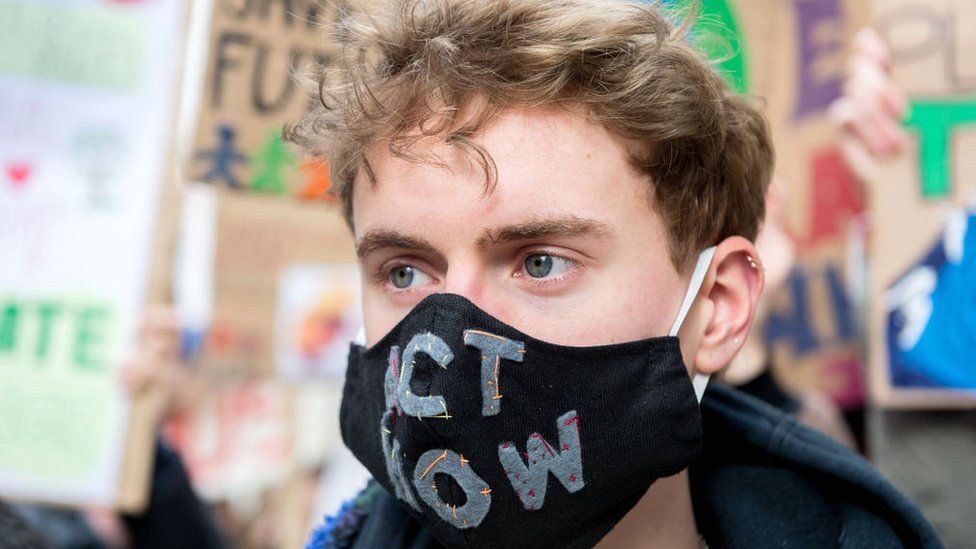 A new global survey has illustrated the depth of anxiety many young people are feeling about climate change.

Nearly 60% of young people approached said they felt very worried or extremely worried. More than 45% of those questioned said feelings about the climate affected their daily lives.

Three-quarters of them said they thought the future was frightening. Over half (56%) say they think humanity is doomed. Two-thirds reported feeling sad, afraid and anxious. Many felt fear, anger, despair, grief and shame - as well as hope.