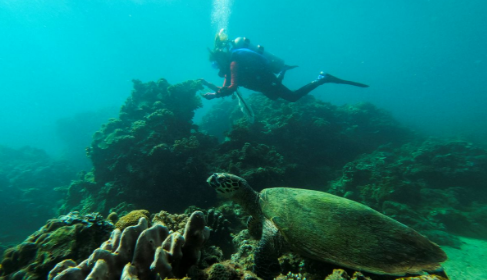 Joining an annual cleanup that aims to highlight the impact of garbage on the world's oceans, divers in the Philippines pulled plastic bags, drinks bottles and fishing nets from a coral reef.

About a dozen divers cleared rubbish from the reef and nearby beaches as they marked World Cleanup Day in Batangas province. The Philippines, an archipelago of more than 7,600 islands with nearly 36,300 km of coastline, is one of the world's most marine resource-rich countries.

But campaigners say its marine resources are threatened by the neglect of local authorities and lax implementation of environmental laws.