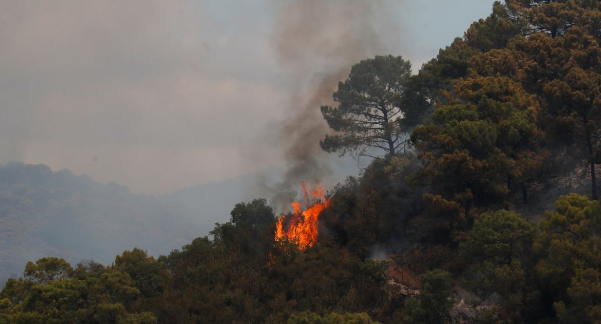 500 people evacuated in Estepona due to wildfire

According to local authorities, a wildfire has forced the evacuation of some 500 people from the southern Spanish resort of Estepona.

Andalusia's regional government said in a statement that the blaze started on Wednesday around 9:30 p.m and about 250 firefighters are operating to extinguish the fire.

Residents of the Abejeras, Forest Hills and Monte Mayor communities have been evacuated. Several roads were closed because of the blaze.