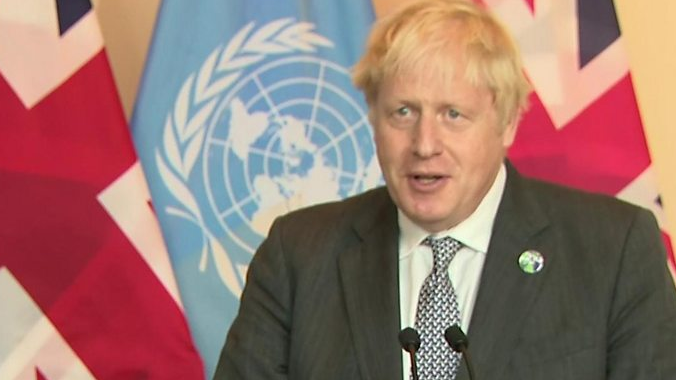 UK PM Boris Johnson has renewed his call for richer countries to increase financial support to poorer ones fighting the effects of climate change.

Speaking at a UN gathering in New York, the UK PM said he was increasingly frustrated at support offered to countries hit hard by global warming.

Addressing other leaders at the UN climate meeting, Mr Johnson said the gap between what had been promised and what had been delivered "remains vast".