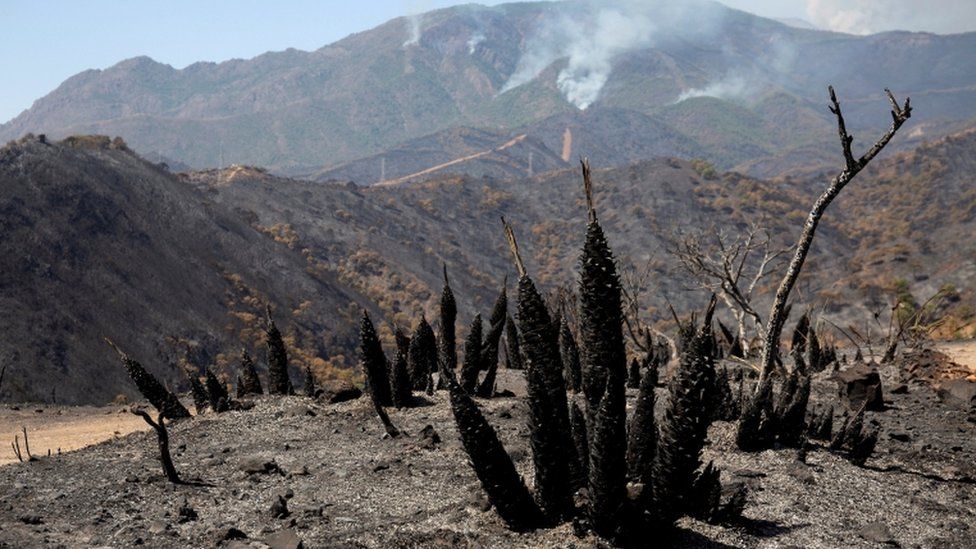 After wildfires broke out in the southern Spanish region of Andalusia, around 2,000 people have left their homes.

One emergency worker has been killed in the blaze, which began on Wednesday on high ground above the popular resort town of Estepona on the Costa del Sol. The Spanish government has deployed a military unit to help firefighters in the mountainous region.

Six more towns and villages were evacuated and huge plumes of smoke could be seen from miles away. Residents of five other communities were told to leave their homes.