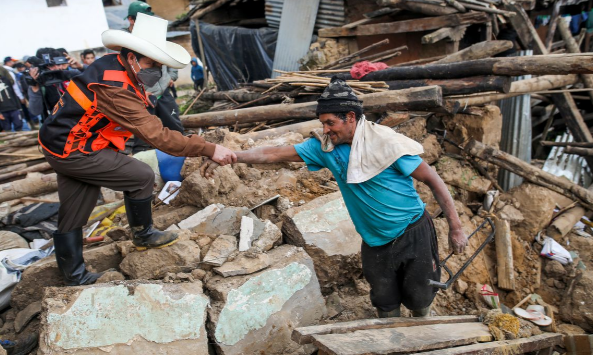 A 7.5 magnitude earthquake shook the remote Amazon region of northern Peru. The earthquake has destroyed 75 homes but with no deaths were reported.

According to the Seismological center of the Geophysical Institute of Peru, the earthquake had a depth of 131 kilometers and that the epicenter was 98 kms from the town of Santa Maria de Nieva in the province of Condorcanqui.

The quake was felt throughout central and northern Peru. According to local radio and television reports, some residents left their homes as a precaution.

Volcano eruption in the South Pacific