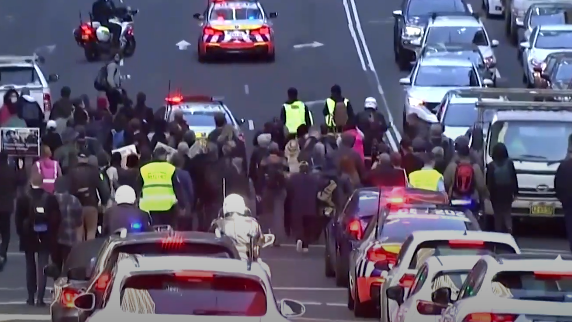 Climate change protesters marched in Sydney forcing police to close major roads in the city centre while morning traffic through the landmark Sydney Harbour Bridge was disrupted after a woman chained herself to her vehicle.

Eleven people were arrested, including the woman who police said allegedly put a bicycle lock around her neck and the steering wheel of a vehicle that was blocking all city-bound lanes.

The vehicle has since been removed.