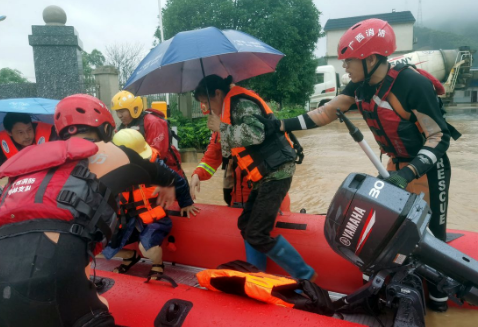 Vast tracts of southern China were pounded by severe storms, triggering flooding in cities and mudslides in rural areas, as the first bout of summer rains reached the peak of their power.

Streets turned to swollen rivers as cars and single-storey houses were swept away in at least two counties in Guizhou province in southwestern China, according to videos circulating on Chinese social media.

The rainfall in some areas has been the heaviest in 60 years.