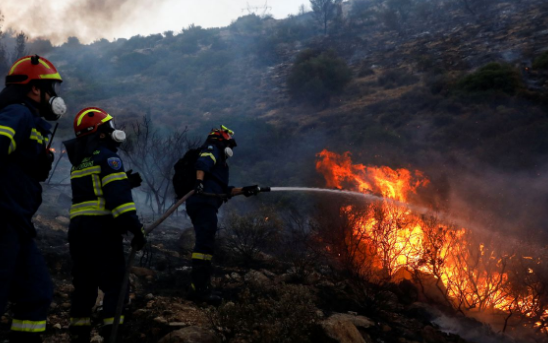 A large wildfire raged out of control north of Athens, prompting authorities to order the evacuation of a nearby coastal town as a precaution.

Strong winds fanned the flames in the area of Schimatari, about 50 km outside the capital amid soaring temperatures.

Officials urged residents to leave the town of Dilesi and halted a local train service as more than 100 firefighters, backed by four aircraft and two helicopters, battled the blaze.