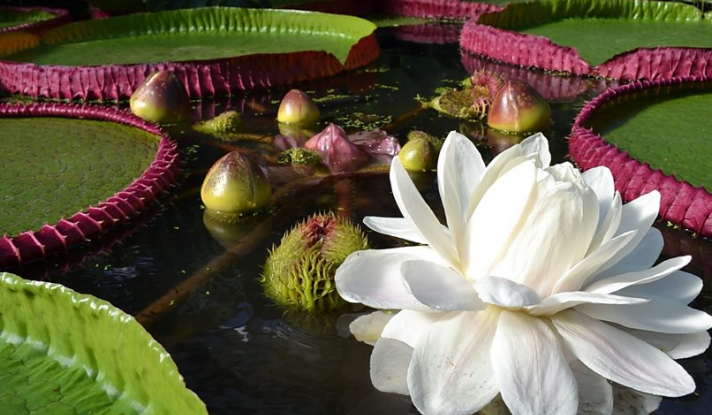 A new species of giant water lily has been discovered by scientists in England and it’s been hiding in plain sight for 177 years.

The huge plant had been in the archives of the Royal Botanic Gardens, Kew and was growing in a number of aquatic collections but it was mistakenly identified as another species.

It also holds the record as the largest water lily, with leaves growing more than 10 feet wide.