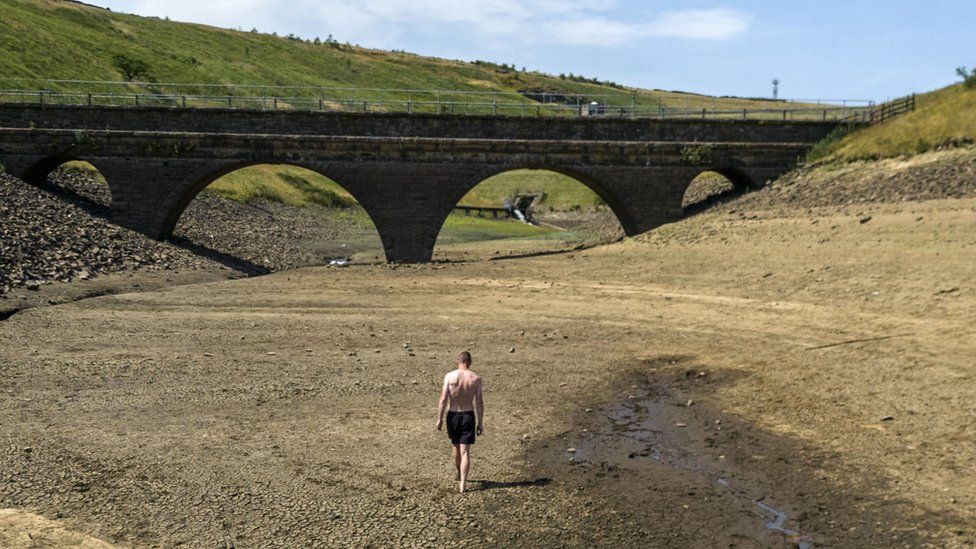 UK weather: Driest start to year in England since 1976

According to the Met Office, the period between January and June this year was the driest in England since 1976.

With water levels running low, the National Drought Group met on Tuesday to discuss how to cope with conditions.

The group stopped short of declaring a drought but water companies have been putting the early stages of their drought plans into action by urging people to save water. It comes after the UK's record temperature was broken last week.