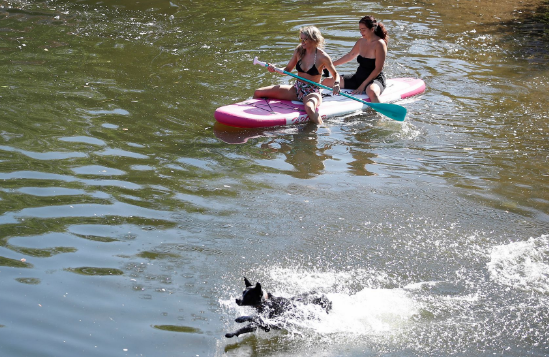 The source of the River Thames has dried up further downstream than ever before, as England looks set to enter a drought that some experts say the country is unprepared.

Britain's Met Office said this July was the driest for England since 1935 with average rainfall, at 23.1 millimetres, just 35% of the average for the month. Some parts of the country saw the driest July ever.

The River Thames stretches 356 kilometres across southern England, from Gloucestershire in the west through the heart of London, before entering the sea at Essex to the east.