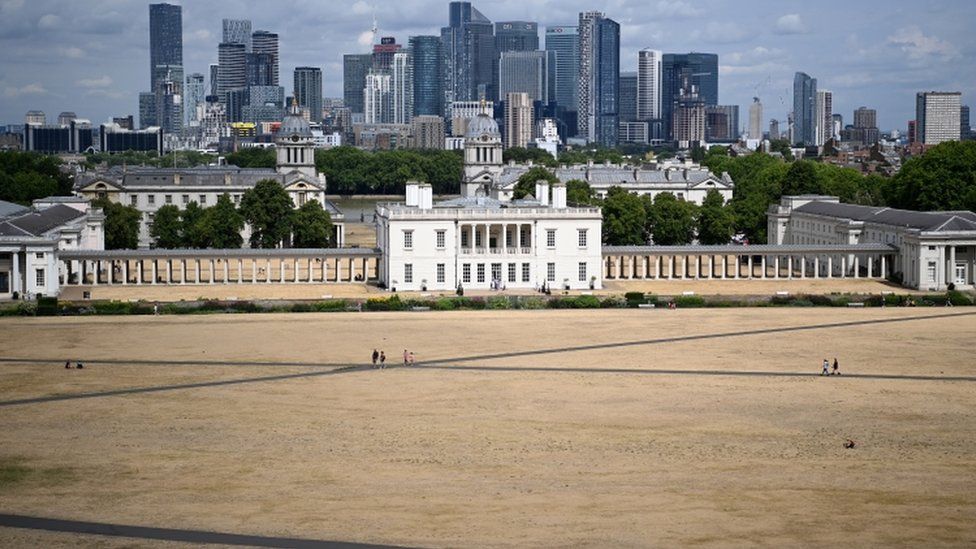 Driest July in England since 1935

According to the Met Office, England had its driest July since 1935, with parts having the least rainfall on record.

For some parts of the country - south-east and central southern England - last month was the driest July since records began in 1836.

Most of England now has low river levels, with serious impacts on farmland, nature and wildlife. Water companies are warning that restrictions on household water use may be introduced.