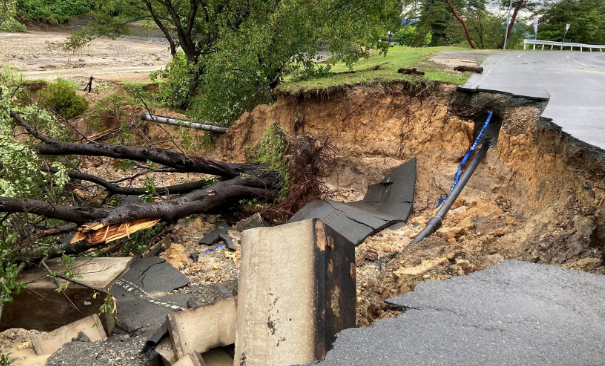 At least three people were missing and thousands in northern Japan were ordered to evacuate after torrential rains pounded the area, flooding roads and causing rivers to burst their banks in some regions.

More than 19 inches of rain had fallen in one part of Niigata prefecture in the 24 hours, NHK public television said, prompting authorities to issue the highest possible level of disaster warnings in some areas.

Bridges were cut and roads were flooded, and service along one portion of a Shinkansen superfast train line was suspended.